Water: How Many People Can San Diego Support? 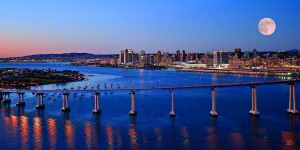 .In “Water Shock, The Day Southern California Went Dry”, catastrophic events occur quickly that deprive millions of California residents of life-giving water. What if, instead of a single shattering event, there is a slow grinding drought that lasts until 2035? What then? How many people could the San Diego region support with the currently limited planned water resources?

In two decades San Diego should have an 83 million gallon per day (MGD) pure water facility up and running. The Carlsbad desalination plant will have been producing 50 MGD for twenty years. Not counting stored water at El Capitan and the San Vicente Reservoirs from future potential strong El Niños, the total is 133 MGD.

To make 83 MGD for direct potable recycling (DPR) will require roughly double that amount of sewage, or rounding, 160 MGD. Even with a twenty year drought, we can hope the State Water Project and the Colorado River will provide 160 MGD. That is about one third of the current water currently imported. Could that happen? Much will depend on the actions of the Metropolitan Water District, from which we receive imported water, but Los Angelinos have first choice on that water.

How much water will each of the residents of the Dan Diego region be using in 2035? Outside irrigation will be forbidden. There will be a browning of San Diego as we progressively turn all exterior landscaping to desert plantings. Agriculture will have moved on, and the current seven thousand farmlets in San Diego County will be fallowed. The emphasis will be on retaining those high tech industries that have converted to water reuse. The per capita water use could be in the eighty gallon per day range, which is now true for the City of San Diego. Could it be less? Yes, but likely would not go below fifty gallons per day.

Using those two per capita numbers, the math is fairly straight forward. We divide 133 MGD by 80 and 50. How many people could the San Diego region support? Currently there are 3.2 million residents of San Diego County.  At 80 gpd, the most that could be supported is 1.7 million, or fifty-three percent of the current population.  At 50 gpd, the figure is higher at 2.6 million, or eighty-one percent of the current population.

Practically speaking, how could this population contraction happen? Keep in mind, it would be a slow process as the twenty-plus year drought grinds on. At first there would be a few more people moving out of the San Diego Region than moving in. Industries looking to locate here would look where there were better water resources than San Diego. The golf course fairways would be brown or dirt. All available sewage for recycling would be used for potable recycling, not partially treated to water grass. The character of the region would change to that more resembling the desert that it is. Tourism would likely not be affected. People look for a climate like San Diego, but permanent residents will move to geographical areas where water is more plentiful.

San Diego will look more like a Mediterranean vacation area than a thriving industrial and commercial business-friendly town. Th 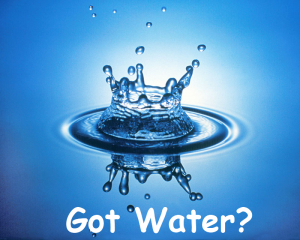 e loss of skilled jobs will be the driving force for population contraction.

Can this dooms day picture be avoided?  Absolutely! By making the San Diego area water independent, without the need for imported water by adding more desal plants and increasing direct potable recycling (DPR) facilities. But that all has to start now before population contraction takes over.

Moving to Where the Water Is Could San Diego Suffer the Same Fate as Truckee?